The mother of a British educated artist who claims her father is Belgium's abdicated King Albert II, has spoken publicly for the first time about her alleged love affair with him.

Sybille de Sélys Longchamps has broken her silence after 42 years because she says the Royal family's treatment of her daughter was unacceptable.

In a documentary due to be aired on RTL, and in exclusive interviews published in Paris Match, the aristocrat mother, 72, claims the palace told her to 'hide her daughter' when she first approached them. 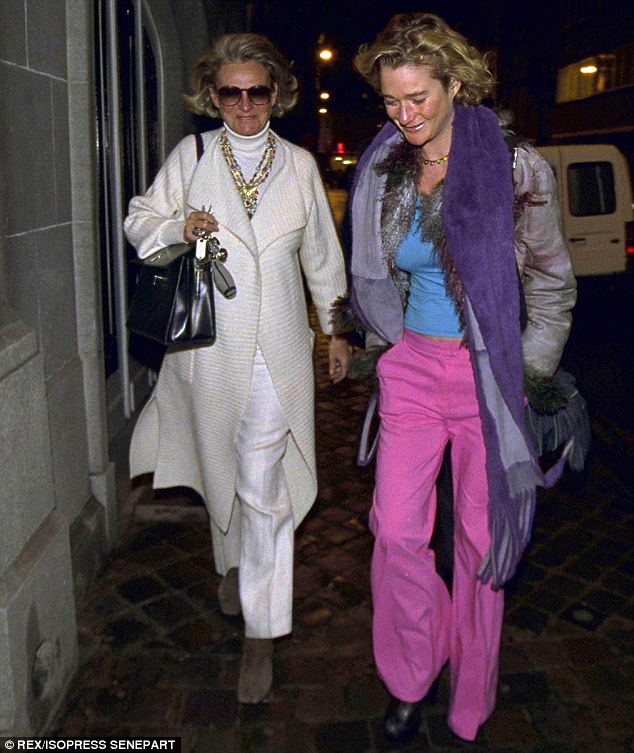 Broken silence: Sybille de Sélys Longchamps (L) has spoken publicly for the first time about her alleged 18-year affair with Belgium's abdicated King Albert II, who she says is the father of her artist daughter Delphine Boël (R, pictured in 2001)

Since the age of 17, Delphine Boël says she had known who her father allegedly was, but was told to keep it quiet. It was only in 1999, aged 32, she decided to reveal the identity - something the former king has continued to deny.

Speculators claim his abdication last month to his son, Philippe, was in part due to a pending lawsuit by Boël against him. He said it was as a result of his 'age and health'.

In the forthcoming television programme, Mrs Sélys Longchamps will reveal she allegedly met the former king in 1966, in Athens, sparking an 18-year love affair with married Albert.

Albert, a prince at the time, was then living separately from his Italian wife Paola, according to The Times.

When Delphine was born, she claimed Prince Albert initially showed affection towards her. When they asked for a divorce, the palace and the Belgian government said it would only be possible if he was also cut off from his legitimate children.

Unwilling to accept those terms, Mrs Sélys Longchamps said she decided to flee to the UK and begin a new life. She married someone else.

It was first revealed that Albert allegedly fathered an illegitimate child in a book published in 1999, and middle-aged artist Ms Boël is adamant that she is the child in question. 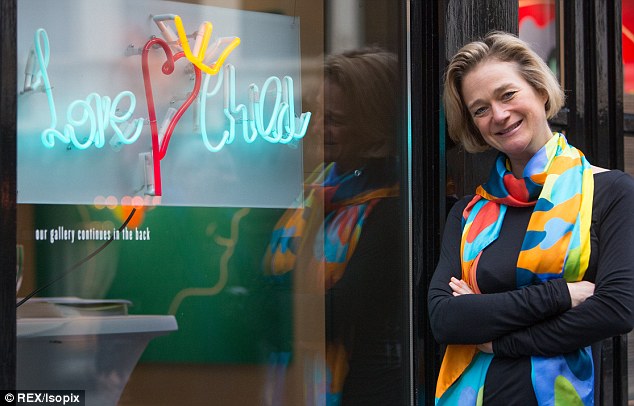 Silence: For 15 years, Delphine kept quiet about her the alleged identity of her Royal father, whom her mother met in Athens in 1966

Both mother and daughter, interviewed by Paris Match on Monday, on a boat off the English coast, talked about the difficulties of being unable to speak about their secret.

The mother said she took he daughter to England to save her from any suffering she might experience being rejected by the Royal family and not being able to speak about it.

She said Mazarine Pingeot, the daughter of François Mitterrand, who was also hidden from the public during her youth, suffered because of it. (Mitterand has now recognised his daughter.)

Ms Boël said before 1999, she couldn't say anything. She claims she had known and kept quiet from the age of 17. Her mother assured her that she was old enough at the age to handle it.

When asked how people react to her claimed royal identity, Ms Boel said people are mostly 'disappointed', because their dream of royalty incorporates a 'prince charming' figure with high values and a good education. 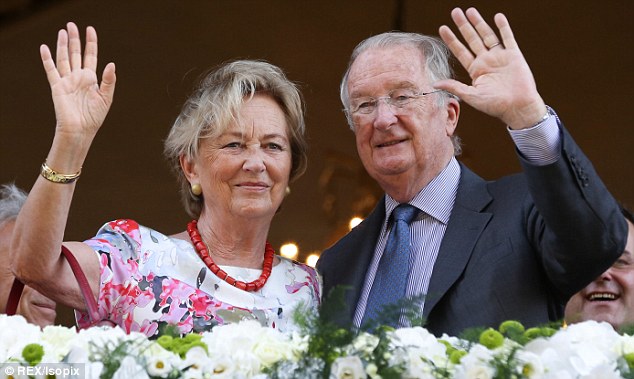 Unstable: Albert's (R) marriage to Queen Paola (L) is understood to have been turbulent at times, with the couple spending long spells living apart over the years 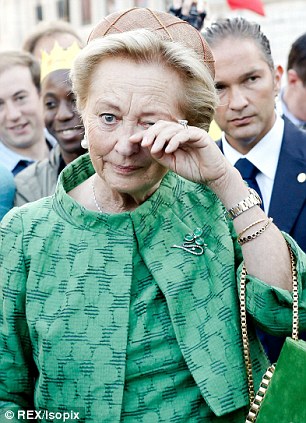 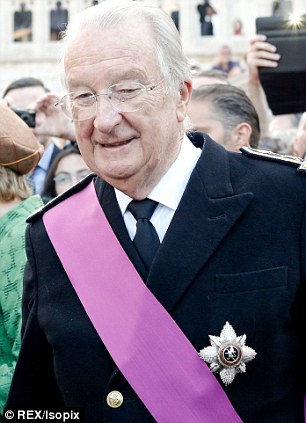 Emotional: The king's abdication last month was said to be due to 'age and health'; commentators claimed the pending parental court procedures were also a factor

So when they realise the truth, it is like a dream has been broken. Her mother said she also finds it 'ridiculous and inconsistent'..

The mother and daughter told Paris Match that since the initial 'shock' revelation, attitudes towards them have gradually softened, although they still hear whispers behind their backs.

Mrs Sélys Longchamps said: 'They (people in Belgium) are used to seeing Delphine now. Compared with the shock of 1999, it has become almost normal.'

She said when the secret was first exposed, she stopped going to her local gym. She said most people have talked about it among themselves already; now, she only occasionally hears whispers.

Mrs Sélys Longchamps has previously said that her daughter, a successful artist, has lived a better life than if she had been accepted into the royal family. 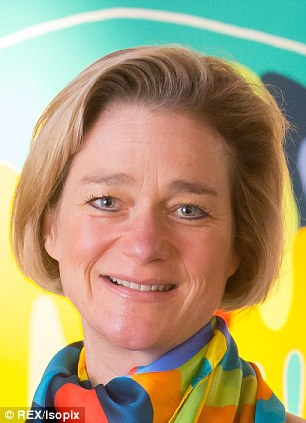 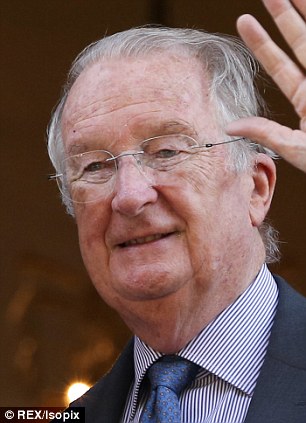 Related? Ms Sélys Longchamps claims it is clear Delphine is Albert's daughter because she looks just like him

She said of that lifestyle: 'It must be horrible. I think the fact that she is an artist has helped Delphine. Fortunately she wasn't a little secretary crushed behind a computer - that could have sunk her into depression.

'The fact that she expresses herself, that she enjoys her work, can only give her balance,' she told Paris Match.

When asked if it would be better to be recognised as the former king's daughter, despite everything, Ms Boël said that even if her father was a murderer in prison, it doesn't matter, he would always be her father. She said: 'The most important and the best thing is to be recognised.'

Mrs Sélys Longchamps admitted she didn't like to talk about it.

Albert's marriage to Queen Paola is understood to have been turbulent at times, with the couple spending long spells living apart over the years and coming close to divorce in the past.

A Brussels court is due to open a case next week relating to Ms Boël's request for DNA tests. According to The Times, Belgian commentators expect Albert to reach an agreement with Ms Boël before her demand reaches the court.

Can traveler's checks be used in Africa?

What is overlanding in Africa?

What year did Apartheid end?