Dog struggles to get huge stick over a tiny bridge

Insanity has been described as doing the same thing over and over and expecting different results.

Luckily for Theo the dog, he finds a way to get the large stick he found across the footbridge before madness sets in.

Scroll down for video

Stick stuck: Pity Theo the dog, driven to attempt the impossible feat of carrying a wide stick over a narrow footbridge

In a video uploaded to AFV Animals's Youtube page, the dog looks surprised when the giant stick he's carrying lengthwise in his mouth doesn't fit through the narrow bridge.

After a quick look at his owner, communicating with his eyes a desperate plea for help, Theo turns around to try and force his way through again. 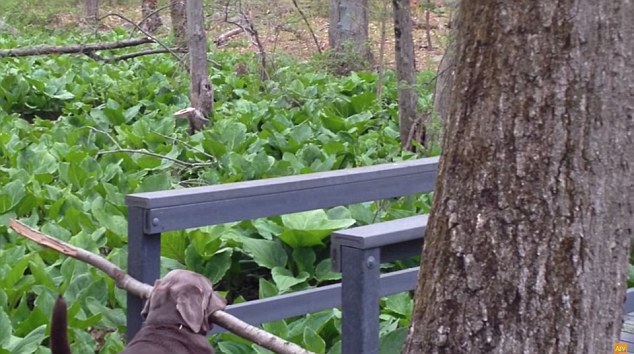 First try: Theo gets stuck at the opening of the footbridge, and appears to realize how difficult the task will be 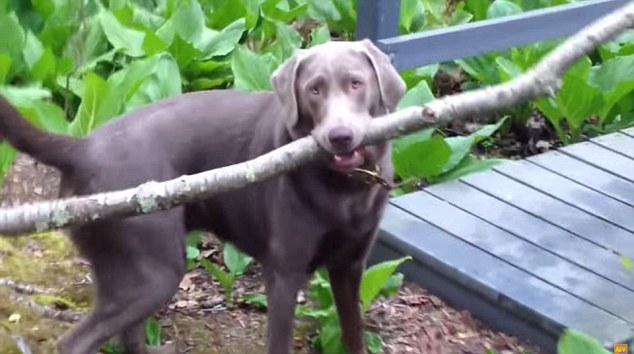 Help me: Theo looks back at his owner, hoping there might be some hidden method to carrying the stick across the bridge. No luck. 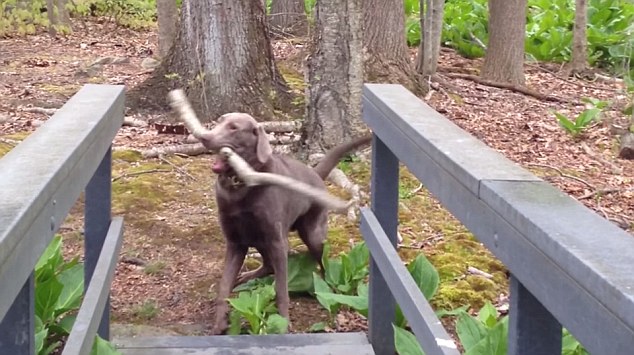 Running start: Thinking that a lack of momentum may be to blame, Theo backs up to take a moving start at pushing through the bridge 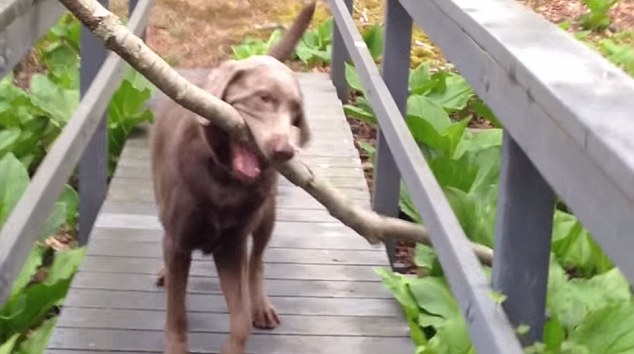 Onward: Theo finally manages to succeed at what had once seemed impossible

On his third try, Theo backs up, to see whether a running start will help him push through, with no luck.

Finally, Theo finds with a slight tilt of the stick, he's able to make it successfully through the bridge.

How to bake a delicious cheesecake - with only THREE ingredients

All good things (like meals) come to an end. But why not end it with the best, sweetest little shortcake around? INGREDIENTS Hands-On Time: 20 minutes   Total

African Countries With The Most Beautiful Women

Busiest International Airports on the continent are located where?