A female tourist had a painful encounter with a catfish off the coast of Brazil.

Ambulance workers took the bizarre picture of the fish stuck to the woman’s stomach as they took her to hospital so the offending object could be removed.

They cut the fish from her body at the scene in the resort of Itanhaem in the state of Sao Paulo.

But the serrated spine in its fin had to be taken out with microsurgery to avoid her flesh being ripped out.

Marcelo Araujo, who posed the picture on his Facebook page, joked: “A rare occurrence. A swimmer is hit by a fish.” 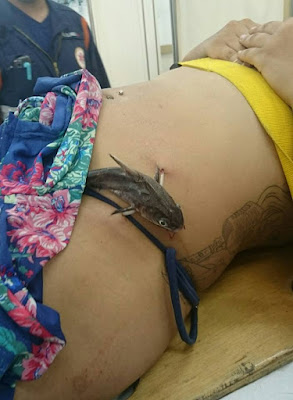 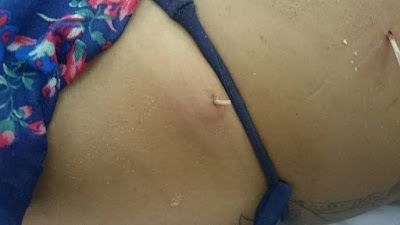 He added: “We were alerted to an incident where an object had penetrated a swimmer’s stomach and when we got there, discovered it was a fish.

“She was in a lot of pain. We didn’t remove the spine because only a doctor can do this. We took her to hospital so she could have microsurgery.

“Generally we deal with people who have stood on fish or have cut a finger touching one, but I’ve never seen a catfish stuck to someone’s stomach. It was definitely a first.” 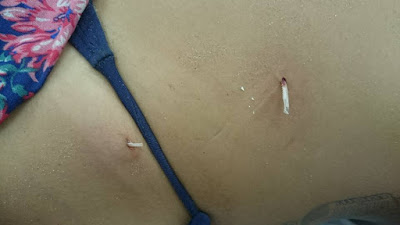 Which animals make up the Big 5?

What is the HIV/AIDS infection rate across Africa?

What kind of drinking water is safe in Africa?